Spring behind the belt, and its beginning herald not only the longer and warmer days, but also the Cosmoprof fair in Bologna. For our Laboratory, this is an event that has become a permanent part of the work schedule.

Between March 14 and 17, Cosmoprof, the most important event in the cosmetics world, attracts exhibitors and visitors from 150 countries. This is the place where the latest cosmetics trends are premiered.

Our representatives proudly represented our Laboratory. The regular team of Mr. Andrzej Muszewski and Mr. Krzysztof Kępa was joined by Mrs. Dorota Duczek. 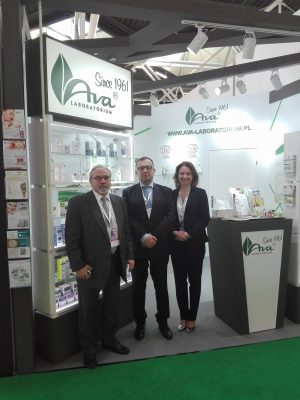 Despite the rich portfolio, all our series found their place in the display cases at our stand.

At stand our cosmetics could have been tested by interested participants of the fair. 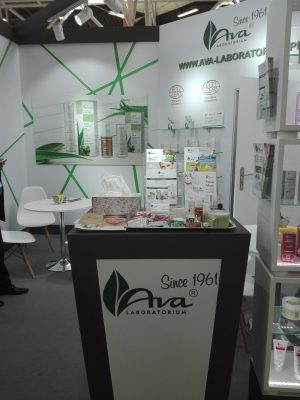 Business meetings have also become the focal point of Cosmoprof. The European fair attracted people from around the world. At our table, many negotiations ended fruitfully. Direct contacts with traders and establishing new business contacts gives us the opportunity to learn about the market of cosmetics not only natural in Europe, but also around the world.

We also hope that this edition of the Cosmoprof fair will result in many years of cooperation with contractors.

Newsletter
Subscribe to our newsletter and stay up to date with what's going on...